BOTH SIDES OF THE COIN: Do the Right Thing

On the afternoon of May 29th, you won’t be able to get that late afternoon pick-me-up from your local Starbucks. That’s because the company will close its more than 8,000 stores to conduct racial bias education. This decision comes on the heels of the highly publicized arrest of two black men waiting for a business meeting in a Philadelphia area Starbucks earlier this month.

The training is a wise move on the part of the popular chain. But the action of the company’s leader is what I want to talk about. Starbucks CEO Kevin Johnson made headlines when he took personal responsibility for the April 12th incident. Now, his reaction is making waves in the business world. Let’s look at how his response can guide you and your organization the next time you face a crisis. 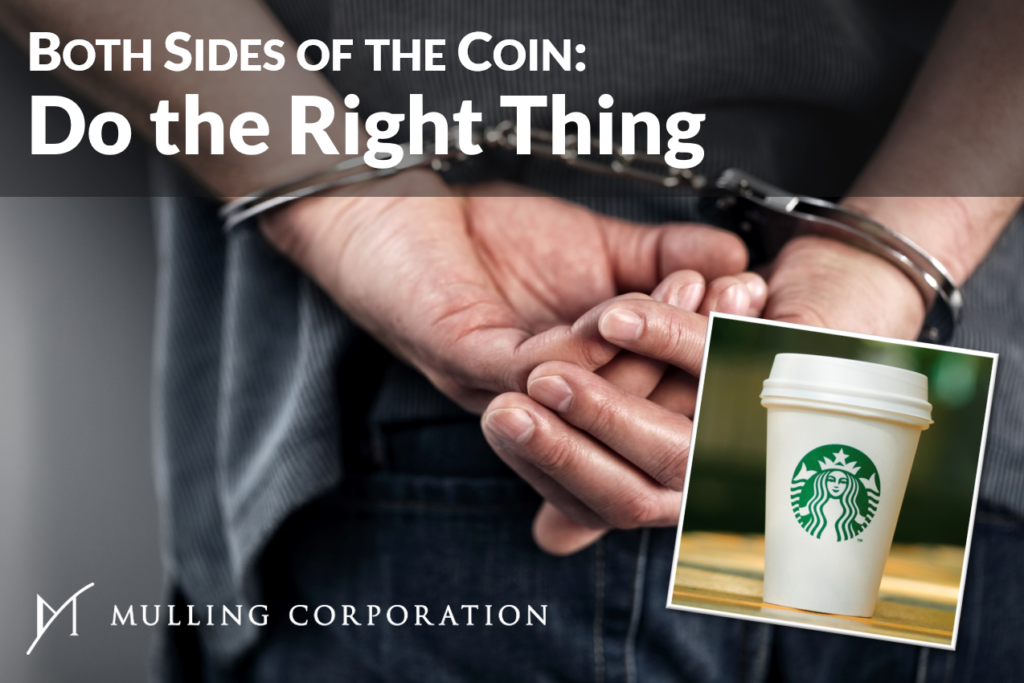 While no one likes a crisis, addressing it properly can mean the difference between a permanent scar or a much stronger organization.